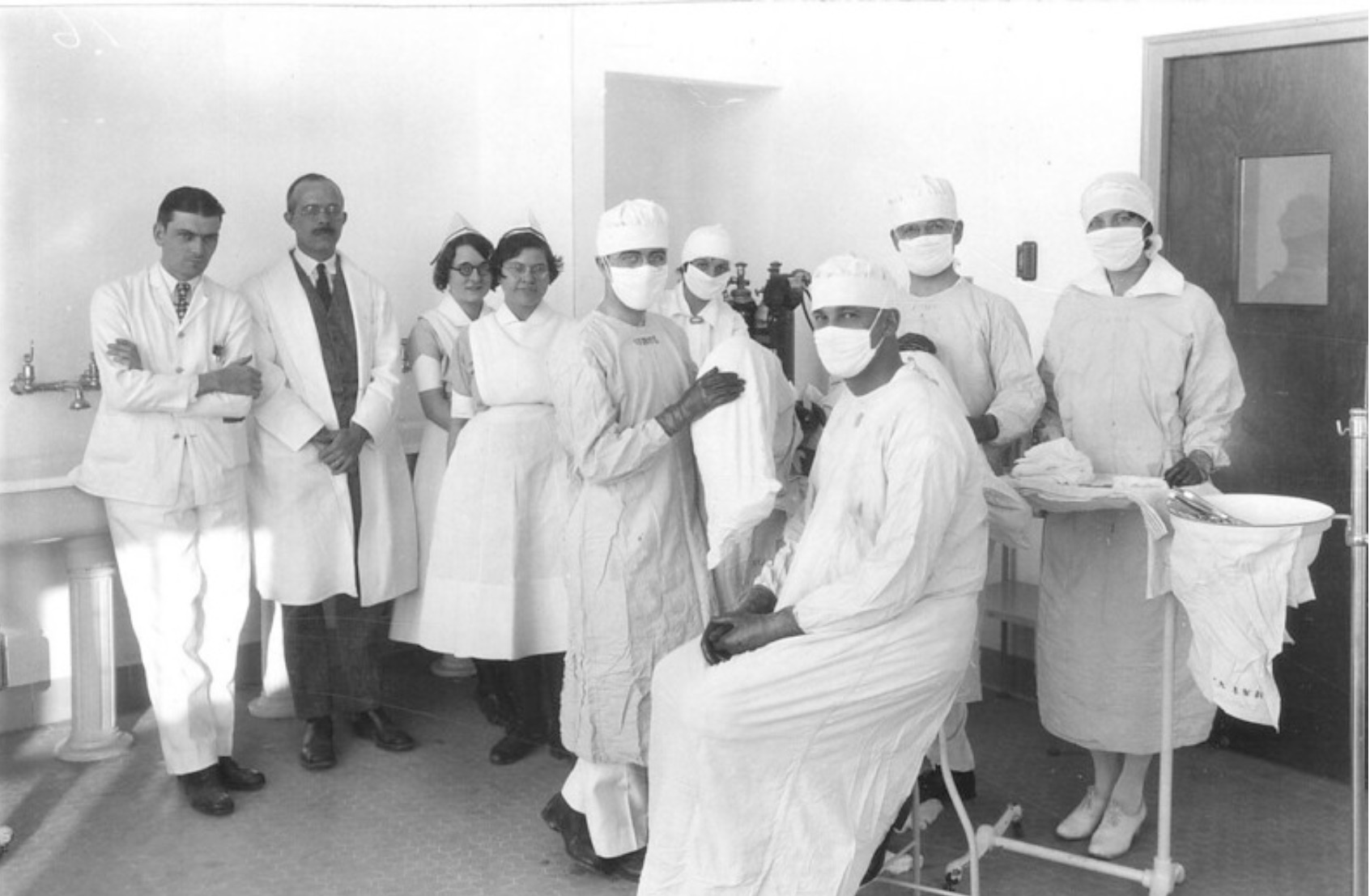 My grandmother, Lucille Reed, wrote these memories down for me when I asked about her nursing career, which spanned decades except for the many years she stayed home to raise six children. These stories are in her own words.
We went back to the University of Iowa, where Bob served a four-year residency in general surgery. I worked as a night supervisor. The last two years I reached the position of chief night supervisor and was paid next to the operating rooms supervisor, who had the highest pay.
I did not have a degree but I had an R.N. certificate. The University of Iowa administrator, Mr. Classon, made the decision for hiring me. He said, “I consider a wife and mother who maintains a home and who works for us as having a masters degree."
I had tremendous responsibility as night supervisor. I placed deceased patients from the University’s children’s hospital and main hospital in the morgue and released the bodies to undertakers as they came for the deceased patients. A tunnel in the basement facilitated this, with elevators to the basement. One other person would wheel the body to me and help me move the body from the cart.
I carried in my pocket a key pinned to my uniform that would open every door in the hospital. I issued all narcotics and kept hospital records of each patient as nurses came to my office to sign them out. I made rounds on all the nurses stations and took a written and verbal report on all patients in serious condition. I did this once each night at midnight.
My shift of work was from 7pm to 7am, with a two-hour rest period each night. There were many exciting single events. Two I remember vividly. One night I was called by the hospital telephone operator that a patient was escaping the main entrance. I ran to the entrance, grabbed a wheelchair, and pushed this adolescent girl, who was screaming and fighting, to the wall. By now the orderlies had come and held her. The doctor gave an order for an ice pack. I called the night nurse in charge at the psychiatric hospital and she said she would be pleased to bring the equipment and help pack the patient. (The hospital tunnel made this possible.) The patient fought as we started the procedure but then became quiet. I placed an orderly to watch her the rest of the night.
The other event was an accident, a head-on collision between a pick-up truck and a car on a country road hilltop. The call came to our emergency room and I was called. A doctor for the emergency room was already there when I arrived. I heard him tell the attendant, “I want a doctor for each patient.” The call had said there were twelve girls in the back of the pick-up truck. It so happened the evening dining room was about to close, and so I went there and made an announcement asking for nurse volunteers.
The head of surgery called the operating room nurse and she called in staff to open the three operating rooms and they worked the night. They saved all of the patients but one. This was an infant held in his mother’s lap seated in the car involved. He had extensive head injuries, and received excellent care by a child brain surgeon, one of our staff.
This particular night was a busy one for maintaining office procedures. The hospital was near full, all beds taken. The undertaker came for six bodies and those beds were used for the accident victims.
I remember I ended up with blisters on my heels.

Lucille Reed was born on February 27, 1919 in Decorah, Iowa, and grew up on a farm. She attended the University of Iowa nurses training program and worked most of her life as a nurse and mother. She died on March 10, 2018 at home in Galesburg, Illinois.