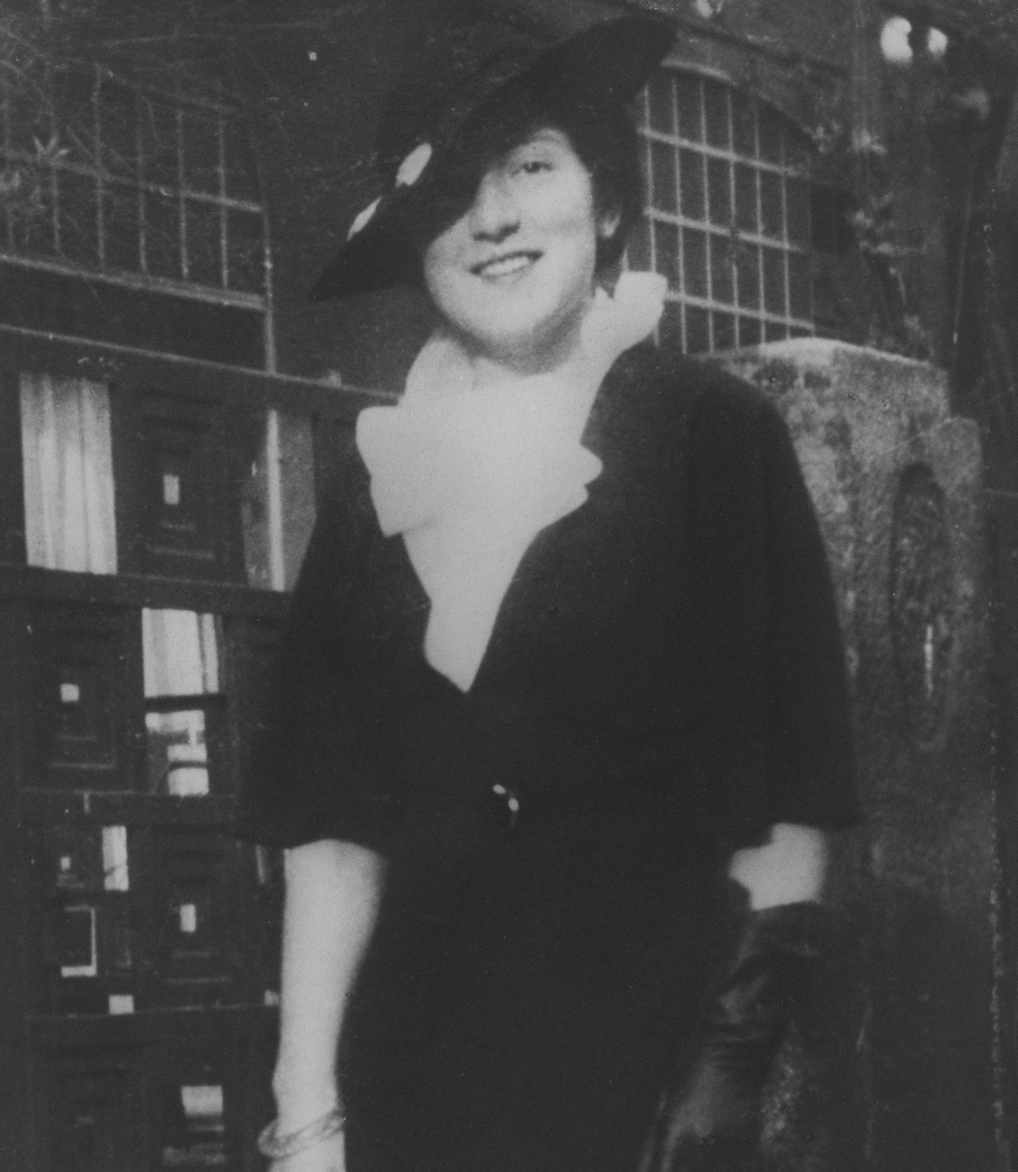 My grandmother, Margaret Blank, who I called Nana, was the best-dressed woman in all of Berlin, or so my mother used to say. My mother remembered as a child in prewar Germany, her mother coming into her bedroom to say goodnight. She and my grandfather, who I called Papi, were on their way to the opera where, as prominent members of society, they had their own box seats. My mother said she would be dressed in a long gown, embellished with a diamond necklace with matching dangling diamond earrings on.

My grandmother had a sister who was in her thirties; a well-known pianist who was also regarded as a great beauty. The artist Max Beckman painted her portrait, but the Nazis stole, confiscated, or took it and it never resurfaced. My grandmother wanted me to search for that painting, but I never even tried.

Sadly, my grandmother’s life before she was the mother of my mother is mostly unknown to me. Writing about her makes me realize how little I know; how many questions went unanswered but how many were never even asked. Much of what I know about her comes from the stories my mother told.

My grandmother’s family was wealthy. Nana’s father owned a night club where Josephine Baker often performed. Her grandfather had been a famous architect. His name was Martin Schueller. When I was eighteen and first went to Berlin, my grandmother had me traipse through the city looking for buildings that had his initials, in what became known as the MS emblem, found above the front door of all the buildings he designed. I did find a few of these buildings and took photos of them which I later sent to her. So, I found the buildings even though I never found the Max Beckman painting.

The family lived in a grand apartment and my mother said the household was made up of sixteen servants. My mother had two governesses; one to braid the right side and the other the left of her hair. The paintings were framed in real gold, the silverware was actual silver, and the meals were made up of many courses. Nana lived to be 100, and at the end of her life she still recollected these luxurious meals of fruit soups, white asparagus, and hollandaise sauce. Not quite able to grasp the splendor of those days, I once asked my mother if it was like Downton Abbey. My mother explained that Downtown Abbey was nobility and that Nana’s family was the bourgeoisie. When I asked her what that meant, my mother said, the bourgeoisie were the artists and intellectuals.

Nana was separated from her family from 1939-1945. During the war, families that separated had a better chance of survival. Her sister and her mother were murdered. Her sister was taken by the gestapo. Her mother was elderly and had to be left behind, no doubt to die in the camps. During the war years, Nana lived on potatoes. She often went to bed hungry, sometimes for five days in a row. When Nana was reunited with Papi in Newark, New Jersey, “Philip Roth territory,” she said it was as if no time had passed between them, even though it had been seven years. All in all, they were married for sixty years.

My relationship to my grandmother was scattered. Growing up I was much more interested in sex, drugs, and rock n’ roll than my grandmother. In later years though we did find common ground, particularly because she loved my husband, who is a real gentleman, like Papi was.

Nana had two children: my mother Stephani and her brother Ernest. My grandmother complained my mother was not lady-like because she wore blue jeans and Birkenstock sandals and went without a bra. My mother handled these criticisms far more gracefully than I think I would have. My mother always wondered how, during the war, my grandmother managed a monthly visit from London to Northern England to visit her and her brother. She had even more wonderment that Nana always brought food. Where did she find bread? How did she get eggs? How did she travel without them breaking? These were questions my mother always had in her mind throughout her life. I guess these questions were too painful to bring up to her mother in later years.

Ernest never recovered from the war, or more to the point, from living in a cold dark basement in a house that was in the center of a large field with no trees, so that the house was totally unprotected from the strong winds known to that area. Thus the house was called The House of Four Winds. The basement, that he shared with my mother, was large and drafty, with nothing in it except a thin mattress placed in the center of the room, on the floor. My mother and Ernest passed the time there by inventing plays that they acted out. They were inseparable during the war years, but when they eventually came to America, it was much easier for my mother to adjust. Ernest resented my mother for this, and actually tried to kill my father shortly before they were married. Though Ernest was extremely well read and studied extensively music and the arts, he was never able to hold down a job and was often homeless. Towards the end of my grandmother’s life he told her that he was homosexual, but she completely ignored this, and would not discuss it with him. This was devastating for Ernest.

In the final years of Nana’s life in the late 1990s, where she herself was in her 90s having been born in 1900, she was in a nursing home just outside of New York City. Throughout her years of life in America, she developed a prejudice towards black people. She had a ring stolen in the 1970s in her apartment. She believed the ring was taken by a worker who was black, which made her uneducated bias even more concrete. This ring was made up of three bands: emeralds, rubies and sapphires, and was all that she miraculously saved of her mother’s, my great grandmother’s possessions.

The nurse that was provided for her in the nursing home was from Jamaica and was as black as black can be. She complained for several years asking for a different nurse, but her request was refused. Nonetheless, this nurse took beautiful care of my grandmother despite her rudeness and undue disrespect. As time went on and he was once again tending to her, this time by cutting her fingernails, she looked at him and felt love. It was undeniable. After that they became good friends and my grandmother was thankful that she lived long enough to love a black man. One of the last things she said to me was, “Ruthie, I always judged a book by its cover. Now I don’t even see the cover. Please meet my dear friend,” as she gestured to this nurse to come and join us and sit on her bed.

Ruth Lauer Manenti is an artist and a yoga teacher. She received an MFA from the Yale School for Art in 1994 and recently had a show of her photographs at The Center For Photography in Woodstock. As a yoga practitioner, her 35 years of experience under the guidance of esteemed teachers has given her a solid foundation from which she teaches. She has written 3 books on yoga philosophy all published by Lantern Books. After 25 years of living in NYC, she and her husband moved to the Catskill Mountains.